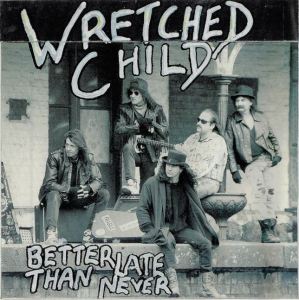 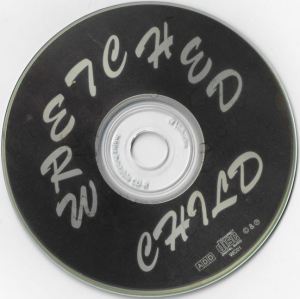 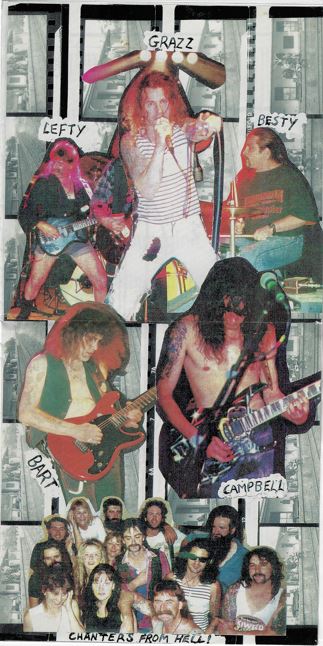 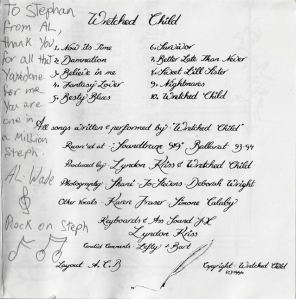 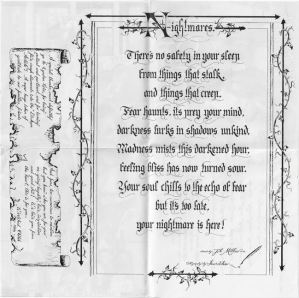 Description
Wretched Child are a little known hard rock band from Ballarat, Victoria who formed in the early 90s (?’92) and released this one off CD titled ‘Better Late Than Never‘ in 1994.  At first glance, this album appears to have a real DIY feel to it.  Maybe it’s the hand-written band logo on the front cover, the scrapbook style rear insert photo (complete with flannelette shirts and cans of VB); or the Printable Inkjet Verbatim CD-R.  Actually it’s probably all of these things combined!  Regardless though, the music here is of a high standard – well performed and nicely produced hard rock.  Of the ten tracks featured on this CD, all are studio recordings from ’93 / ’94 with a variety of hard rock styles on display. 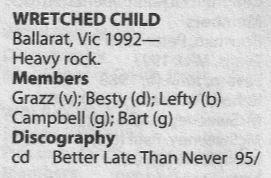 Final Comment
It might look DIY, but the songs are great and this is an album that I’m pleased to finally have in my collection.